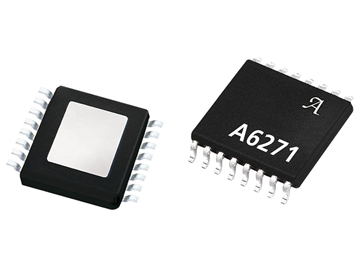 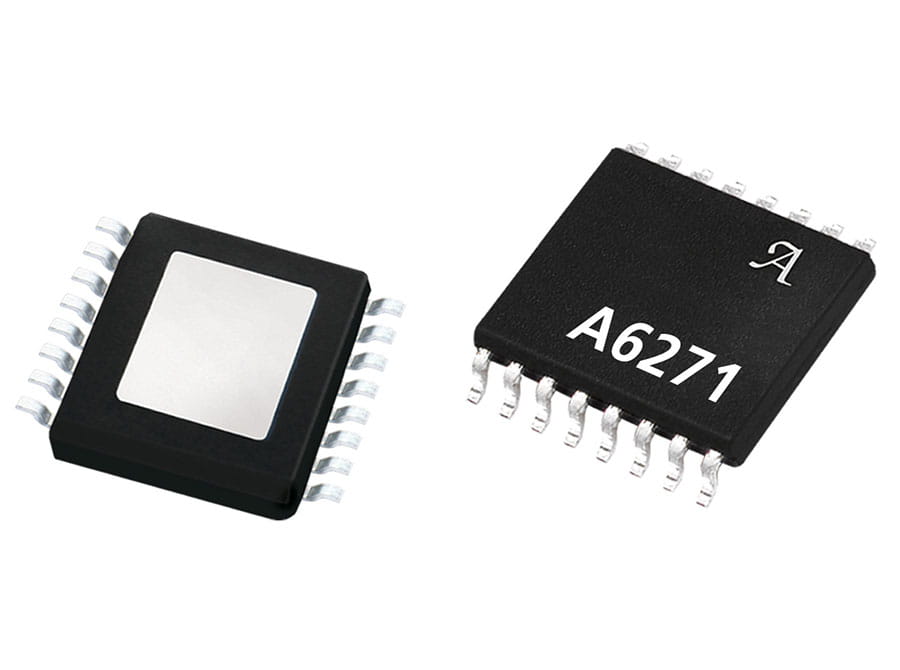 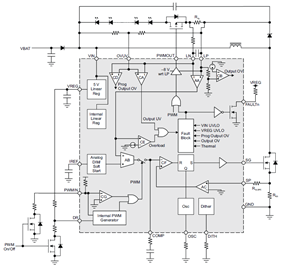 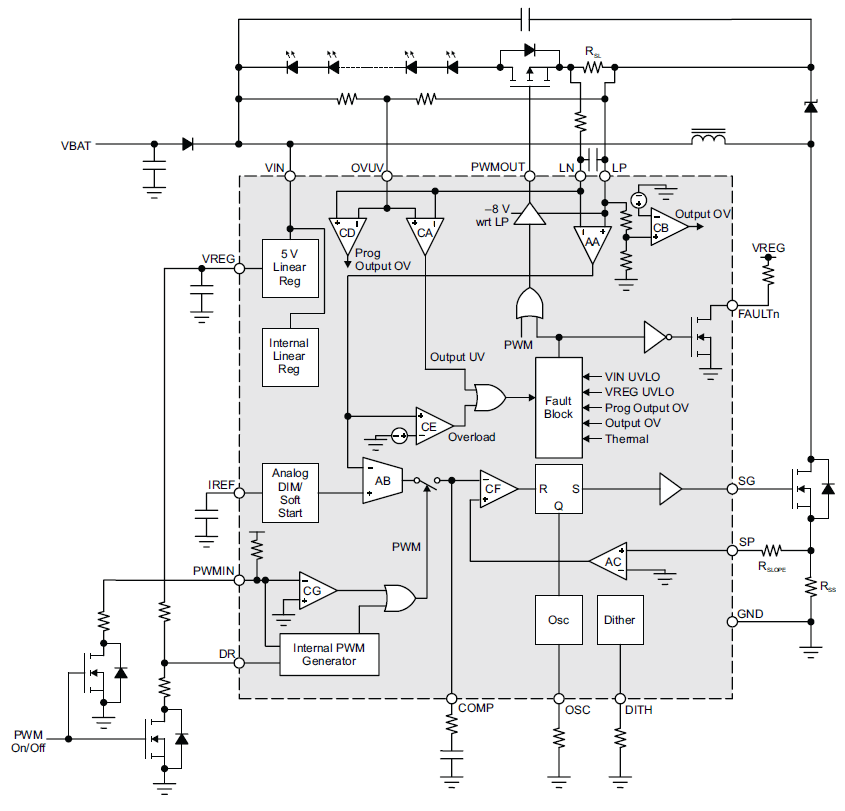 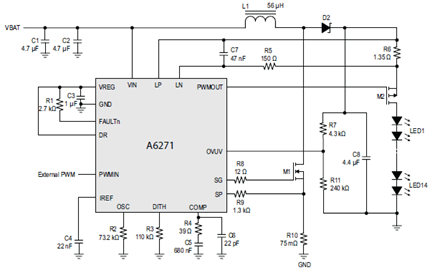 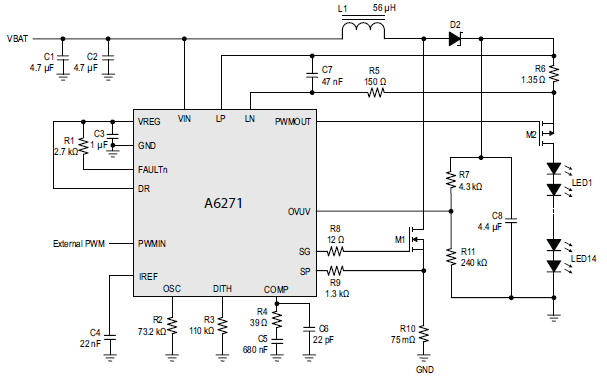 The A6271 is a DC-DC converter controller, providing a programmable constant-current output for driving high-power LEDs in series. The controller is based on a programmable fixed-frequency, peak current-mode control architecture. The DC-DC converter can be configured in a myriad of different switching configurations including boost, buck-boost, and buck (ground-referenced switch).

The A6271 provides a cost-effective solution using an external logic-level MOSFET and minimum additional external components. The maximum LED current is set with a single external sense resistor and can be accurately modulated using a current reference input (analog control). External PWM dimming is possible via the PWMIN input, which also provides a shutdown mode. As an alternative, an internal PWM dimming circuit can be used by programming the PWMIN and DR pins. Either PWM scheme controls the PWMOUT output which drives an external p-channel MOSFET connected in series with the LED string. This MOSFET is also used to isolate the load during certain fault conditions, including output shorts to ground.

The A6271 has been carefully designed to minimize electromagnetic emissions through distributed decoupling and an externally programmable frequency dither circuit configured for the EMI specification CISPR 25. It is also possible to program the fundamental switching frequency below 150 kHz where most EMI standards begin.

These parts are in production but have been determined to be NOT FOR NEW DESIGN. This classification indicates that sale of this device is currently restricted to existing customer applications. The device should not be purchased for new design applications because obsolescence in the near future is probable. Samples are no longer available. 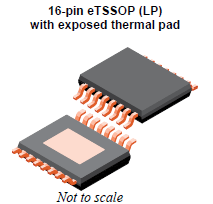