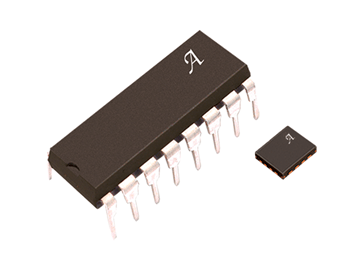 These parts are discontinued.  Samples are no longer available. For new customers or new applications, please contact Allegro. Date of status change: December 2, 2013.

The A6280 is a 3-channel constant current LED driver that has a wide range of output currents. The A6280 controls LED brightness with a Pulse Width Modulation (PWM) scheme that gives the application the capability of displaying a billion colors in an RGB cluster. The maximum current is set by an external resistor.

The LED brightness is controlled by performing PWM control on the outputs. The brightness data of the PWM signal for each LED is stored in three 10-bit registers. The peak value for each LED can be adjusted (dot-corrected) to compensate for mismatch, aging, and temperature effects. All the internal latched registers are loaded by a 31-bit shift register. One address bit controls whether dot correction/clock divider ratio or brightness data is loaded into the registers. The remaining bits are used for the data. This helps reduce the pin count of the A6280. To further lower the A6280 pin count, the PWM clock and the serial bus clock share the same pin and work concurrently to control LED brightness and to load data.

The A6280 is designed to minimize the number of components needed to drive LEDs with large pixel spacing. A large number of A6280s can be daisy chained together and controlled by just four control signals (clock, serial data, latch, and output enable). Each of these inputs has buffered outputs to drive the next chip in the chain. Also, VIN can be tied to the LED voltage supply bus, thus eliminating the need for a separate chip supply bus or an external regulator.